As the CLPOA coordinator of the Chandos Lake Loon Count in conjunction with Birds Canada, Iain Gorman would like to ask for volunteers to count loons in your part of the lake.

The map shown below is divided up into very large sections of the lake to be covered.  Hopefully there will be several volunteers for each of these large areas.

We’ll do the counts on specific days to avoid any duplicates.

If your are unable to commit to those dates I would still like to here about your observations.

Excerpt from the Manitoulin Expositor

“Loon surveys can be conducted during typical lakeside activities such as fishing, swimming, boating or just relaxing by the shore…. Survey participants watch their lake in June for signs of nesting, in July for chicks and once more in August to see whether the chicks have survived long enough for their first flight.”

If you see two chick in your immediate area that is a total success.  However, one of our volunteers needs to be there at the end of June and early July to be certain that the nest was successful, as new chicks are little, very vulnerable and may be lost quickly after hatching.  If we don’t check early enough we may not see the young and mistake a predation or trauma event for no hatch.

To volunteer, email Iain.Gorman1@gmail.com describing what section of the lake you are able to cover.

Please refer to the area circled on the map below.
West Bay (West of the Marina)
The Narrows (East of Marina )
Chandos Lake (Main)
South Bay
Gilmour Bay

Volunteers will be given detailed instructions. 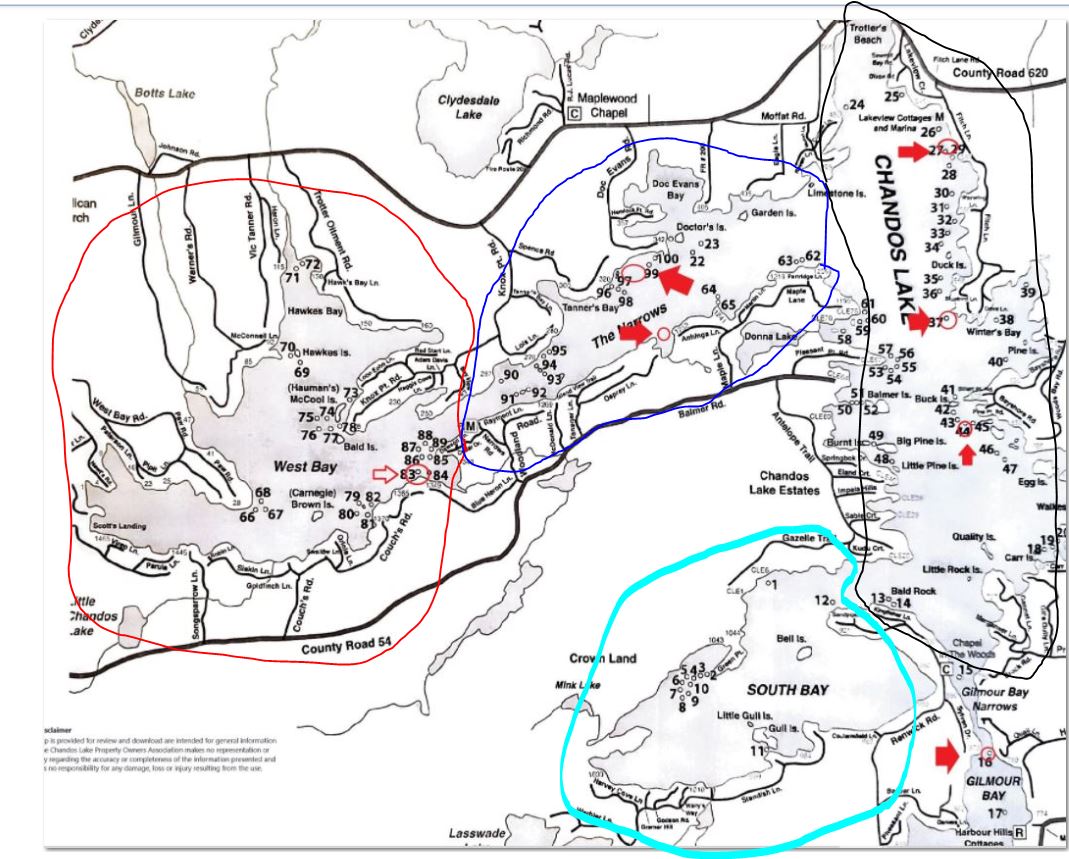